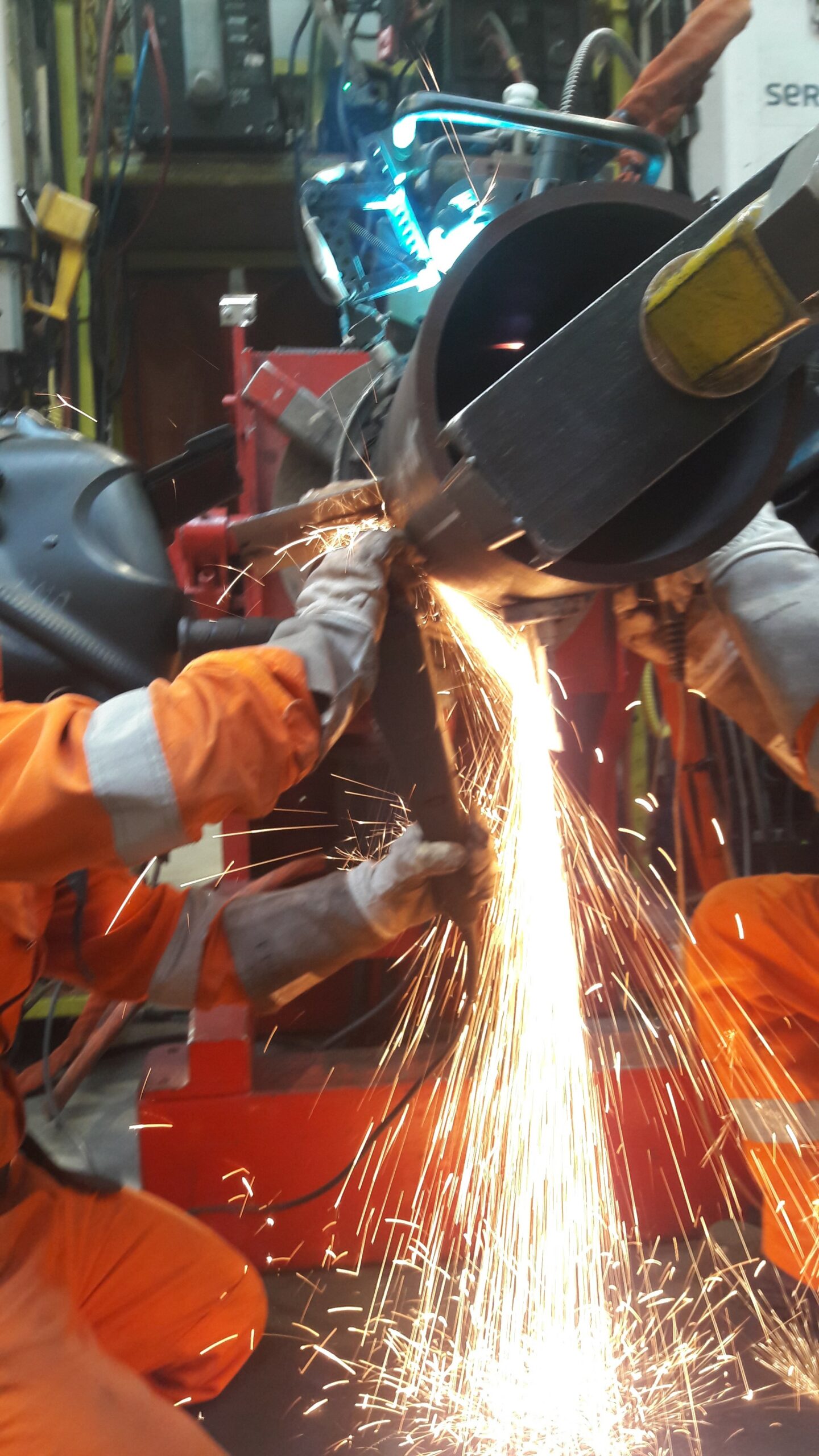 As part of work package WP4 “Material and Corrosion”, it is planned to test several metallic materials under hydrogen environment. It is admitted that Heat Affected Zone (HAZ) in a welding can be more sensitive to hydrogen embrittlement. As a matter of fact, thermic cycles during welding can create martensitic or bainitic structures that are more sensitive to hydrogen embrittlement. Moreover, the welding itself can generate localized constraint exceeding the Maximum Yield Strength.

Therefore, it was decided to test the resistance of a welding under several hydrogen environments. To do so, Vallourec provided a tubing in K55 weldable grade and requested the company Serimax to perform the welding. A specific Welding Procedure Specification was defined by Geostock to fit with hydrogen environment.

Cyriane Fournier from Geostock was present during the welding operation that was carried out in October 2021. The two parts of the tubing were preheated at 100°C to get a more homogeneous material. Metal Active Gas welding was selected for the operation. Five welding passes were performed. Between each pass, thickness and temperature were controlled. After natural cooling, the welding was controlled visually, and the absence of defect was checked using ultrasonic tests. 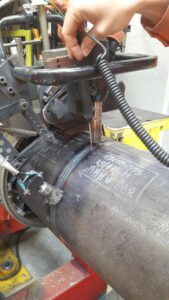 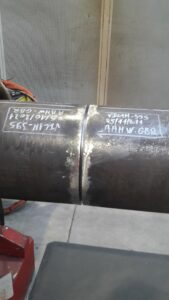 This tubing was then sent to Leoben University to start mechanical tests in autoclaves.